Rhinoplasty is an operation that allows you to change the aesthetic characteristics of the nose (shape, size, deformities and defects such as the arch of the nose) by affecting the bones and cartilage of the nose and making the face proportional. Prior to the operation, the surgeon must perform a detailed examination and careful evaluation of the imaging materials and create a layout with the patient to be carried out during the surgical procedure. It is important to perform accurate examinations before the surgery (they can be done from the age of 16, which means when the bone tissue development in humans is complete). Rhinoplasty is a painless surgical procedure that is performed under general anesthesia in a hospital for a maximum of one day.

Rhinoplasty candidates are those who would like to have one of the options below:

In the first meeting, the surgeon performs a comprehensive examination to analyze the basic condition of the patient and choose the most appropriate surgical procedure for rhinoplasty to achieve the best aesthetic and functional results.

Particular attention is shown to the proportions between the nose and the face, the degree of deformation and the type of skin of the nose: healing is achieved by reshaping the skeleton of bone and cartilage and is affected by the quality and shape of the skin as well.

Careful analysis of these factors allows the surgeon to choose the most appropriate surgical technique for the patient’s condition:

Types of incisions used in rhinoplasty

Rhinoplasty and septoplasty can be performed with different types of incisions depending on the surgical technique chosen:

What to do before rhinoplasty surgery

A month before rhinoplasty and rhinoplasty, it is necessary to take a break from:

The patient should undergo laboratory tests, ECG with a detailed cardiac examination, and other tests that the surgeon deems necessary.

The patient should fast from midnight on the day of surgery and can continue to follow a fluid diet the evening of surgery.

On the eve of the surgery, take a good shower, remove nail polish from the fingernails and toenails, and go to the operating room after cleaning your face well, without makeup (for women), and with a carefully shaved head (for men).

Rhinoplasty is performed under general anesthesia and takes an average of two or three hours, depending on the technique chosen and the difficulty of the case. It is performed in an outpatient clinic or during one night in the hospital.

At the end of the surgery, nasal tampon (silicone) are placed in both nostrils and a spare nose strip (splint, plaster) is placed on the back of the nose (made of plaster, aluminum or plastic) to stabilize the cartilaginous and bony structures.

It is recommended to spend the first days of the recovery period in a cool environment resting with the head higher than the body (two pillows are placed under the head during sleep allowing you to elevate your back without disturbing the neck) and to take the recommended analgesics and/or medications regularly.

The silicone placed inside the nose in the surgery is usually removed 4-5 days after rhinoplasty. The cast is removed after 7 days and replaced with a protective splint which will be removed after 7 days. It is recommended to apply a special ointment inside the nose and over the entire area affected by the surgical incisions in the days after removing the silicone from the inside of the nose as recommended by the doctor.

A few drops of serum or blood may come from the incisions even if there is a tampon in the nose for the first 12-14 hours after surgery; It is enough to dry it and clean it with a sterile cotton swab.

On the day after the surgery, bruising and edema may appear on the face, eyelids and nose and disappear within about half a week. Only in some cases, there may be tears that heal spontaneously in the days following postoperatively.

After rhinoplasty, temporary imbalances in the symmetry of the pyramidal region of the nose may occur. It may be due to edema, which can be speeded up with proper massage recommended by the surgeon.

Edema (swelling) may make it difficult to breathe through the nose for a few days after the tampons are removed.

Do not force exhalation from the nose for at least 20 days after rhinoplasty so that the nasal bones do not separate and cause the nasal spine to swell.

During the day, a simple nasal rinse with sea water (taken from the pharmacy) is recommended to keep the nasal passages clean and prevent crusting after the procedure.

Hair can be washed 8 days after the procedure.

Avoid physical exertion and driving a car to stay away from things that lead to changes in pressure and bleeding until at least a week has passed.

It is recommended to eat a liquid diet and soft foods that do not require much chewing effort at least one week after the surgery.

After the operation, blood sports, saunas and baths should be avoided for at least 4 weeks.

Exposure to the sun is not allowed until 3 months after rhinoplasty, after which it is possible to go out under the sun, but gradually and using sunscreen.

Do not smoke for at least one month after the surgery to avoid the expected complications after the operation.

It is not allowed to start simple sexual activities before one week after the surgery.

Pain is controlled with analgesic medications as per the surgical prescription. 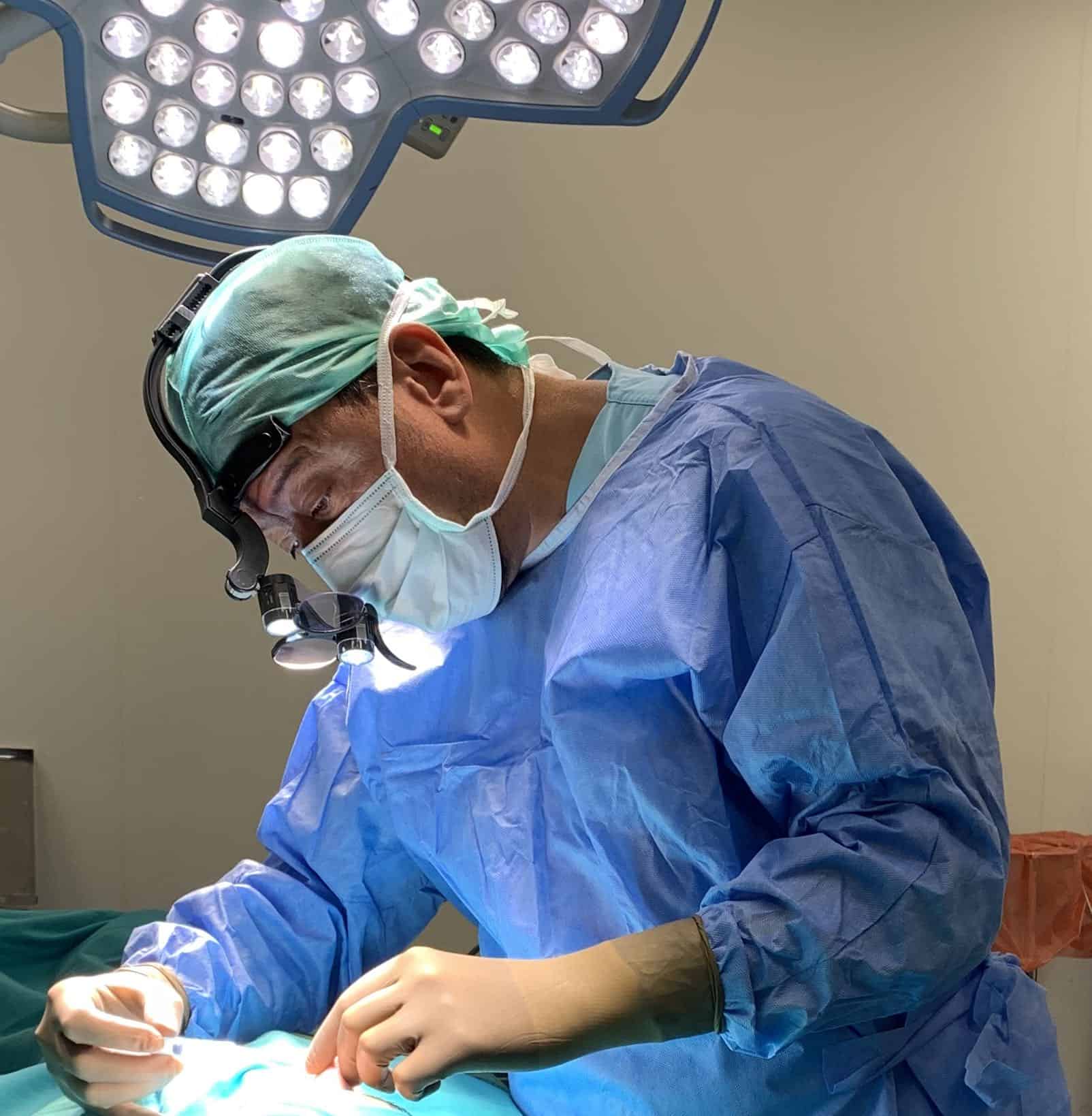